Sponsors of the Nor'easter ASL Tournament 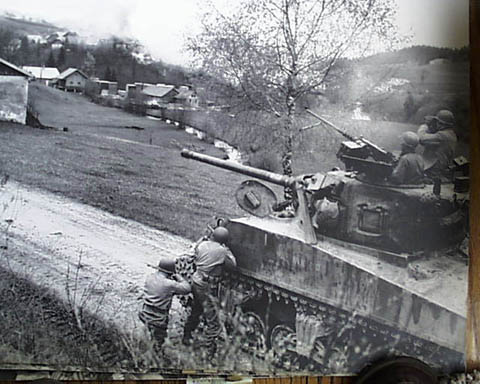 Advanced Squad Leader is a World War II squad-level war-game. It is played on a hex grid with cardboard counters. It is turn-based, designed for 2 players.

ASL today only deals with land operations, although amphibious landings and close air support is included. Currently, the ASL system covers nearly all theaters of operation in WWII. ASL is comprised of modules and the rule book, or the Good Book, as it is fondly known. There are also numerous additional modules in existence that supplement or extend the basic ASL system.

ASL is one of the most complete gaming systems in existence. The rules are comprehensive and, while not designed to truly simulate war, nonetheless provide a realistic framework for war-gaming. The basic unit of play is the scenario. Each scenario represents a small period of time in a battle. Scenario scope can vary widely: some may depict intense, intimate combat between a few dozen men over the span of a few minutes; other scenarios attempt to render battalion-sized operations with armor and air support, artillery, weather conditions, and more. ASL games last anywhere from 1-2 hours for a micro-scenario to half a day for a typical match to several days for large battles. There are dozens of map boards, thousands of scenarios, and tens of thousands of counters (really.) The entire system would cost several hundred dollars to purchase at once, but happily you can play the game with just the basic rules and modules at less than a hundred.

ASL is produced by... well, it used to be Avalon Hill Games. Avalon Hill is now part of Hasbro, Inc. Multi-Man Publishing LLC is the primary contractor to Hasbro for producing ASL.

Who plays ASL? Today, the typical player is male and 25+. That's about as far as you can typecast us. We enjoy getting together to play ASL. Many of us say the companionship is what draws us to the game. Others are attracted by the ability to experience historic simulations of a critical phase in world history. We like gathering at tournaments, haggling over rules, kibbitzing other player's games, watching war movies, and enjoying ourselves. We live in many countries around the world.

There are at least 500 of us that stay in touch using email; there may be as many as twice that number who play regularly who do not have email contact. Many of us play only via email, slow games that take weeks or months to complete. We have ranking systems that some of us actually pay attention to.

Are we warmongers? Certainly not! Do we glorify war? No, but we are fascinated by the era of WWII and return to it time and again to try to experience something of what it was like. Most of us hope that ASL is as close to world war as the world will ever come again.